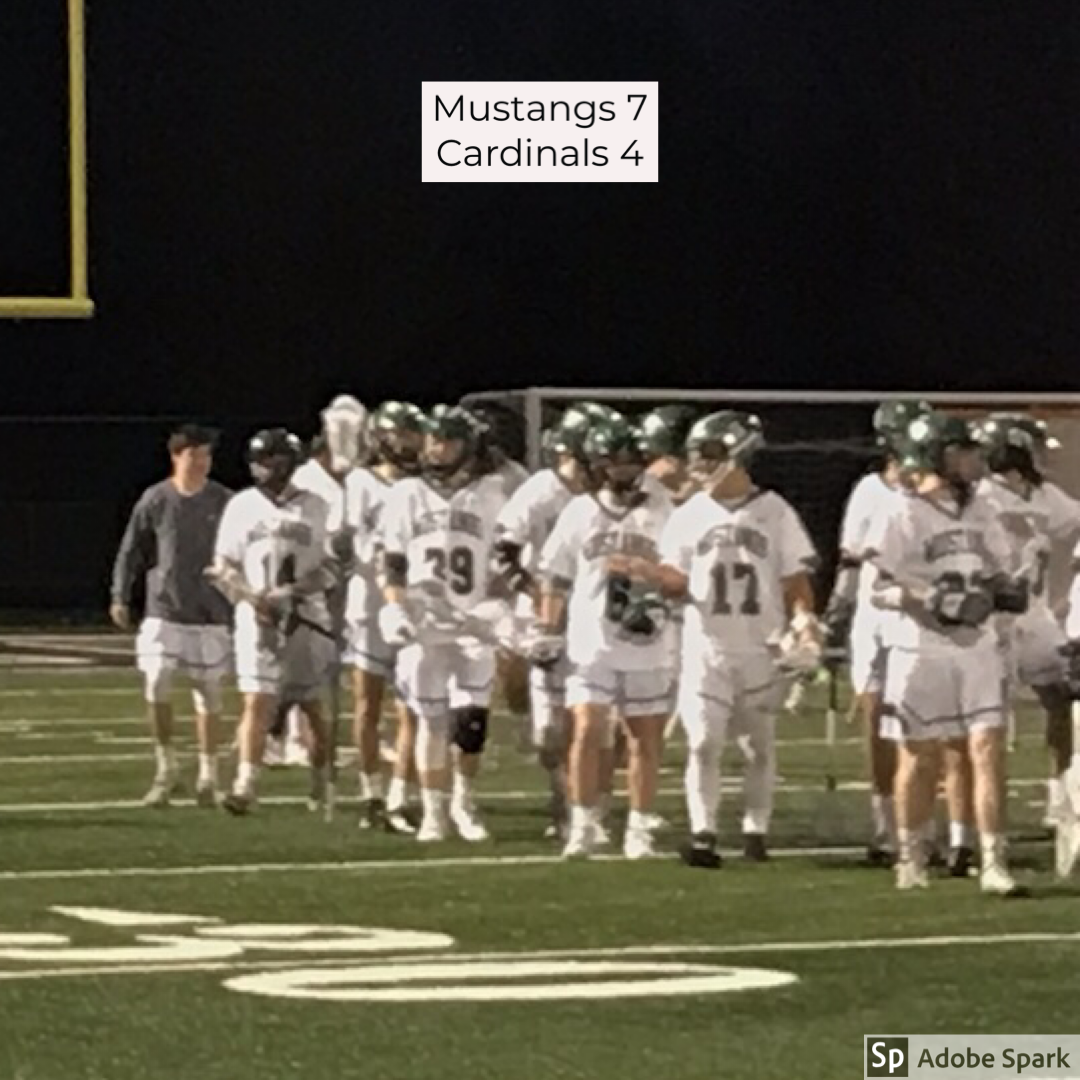 The Strongsville Mustangs (10-4) faced another Greater Cleveland Conference opponent in the Mentor Cardinals (11-4) on Tuesday night. It took a while for the Mustangs to get on the board, but with 5:22 left in the first quarter, Brenden Spooner hit the back of the net making it 1-0. From that point on, the Mustangs never trailed. This game was a GCC fist fight, nothing was easy. Every groundball was challenged, every shot was contested, and every clear was pressured.

The Mustangs offense erupted in the second quarter; Brenden Spooner, Zach Massa, Jony Major, Nick Adams all scored goals. Andrew Keating added a goal in the fourth quarter and that was all that was needed to secure the win.

This game was all about heart and defense and the Mustangs D left it all on the field. They held a potent Mentor offense that was averaging nearly 11 goals a game to just 1 goal at half-time. The Mustang Man Down Defense communicated well, had quick feet, and limited the Cardinals to just 1 success out of 4 opportunities. Defensive midfielder Zach Zoul and the long poles Ethan Dewes, Cooper Hawk, Josh Jellinek, Ryan Seefeldt, and Richie Roskoph scooped up 18 groundballs and caused 5 Mentor turnovers on the night. The Cardinal couldn’t shake the defenders enough to get an open shot. And when they found space, goalie Patrick Grealis was there. He had 15 saves on 19 shots on goal for a team record 79%. Strongsville won with a final score of 7-4 and moves to 3-2 all-time versus Mentor.

The last home game of the season will be Senior night AND youth lacrosse night. The Mustangs host Stow Munroe Bulldogs on Thursday, May 2nd. The Mustangs are 2-1 all-time against the Bulldogs.