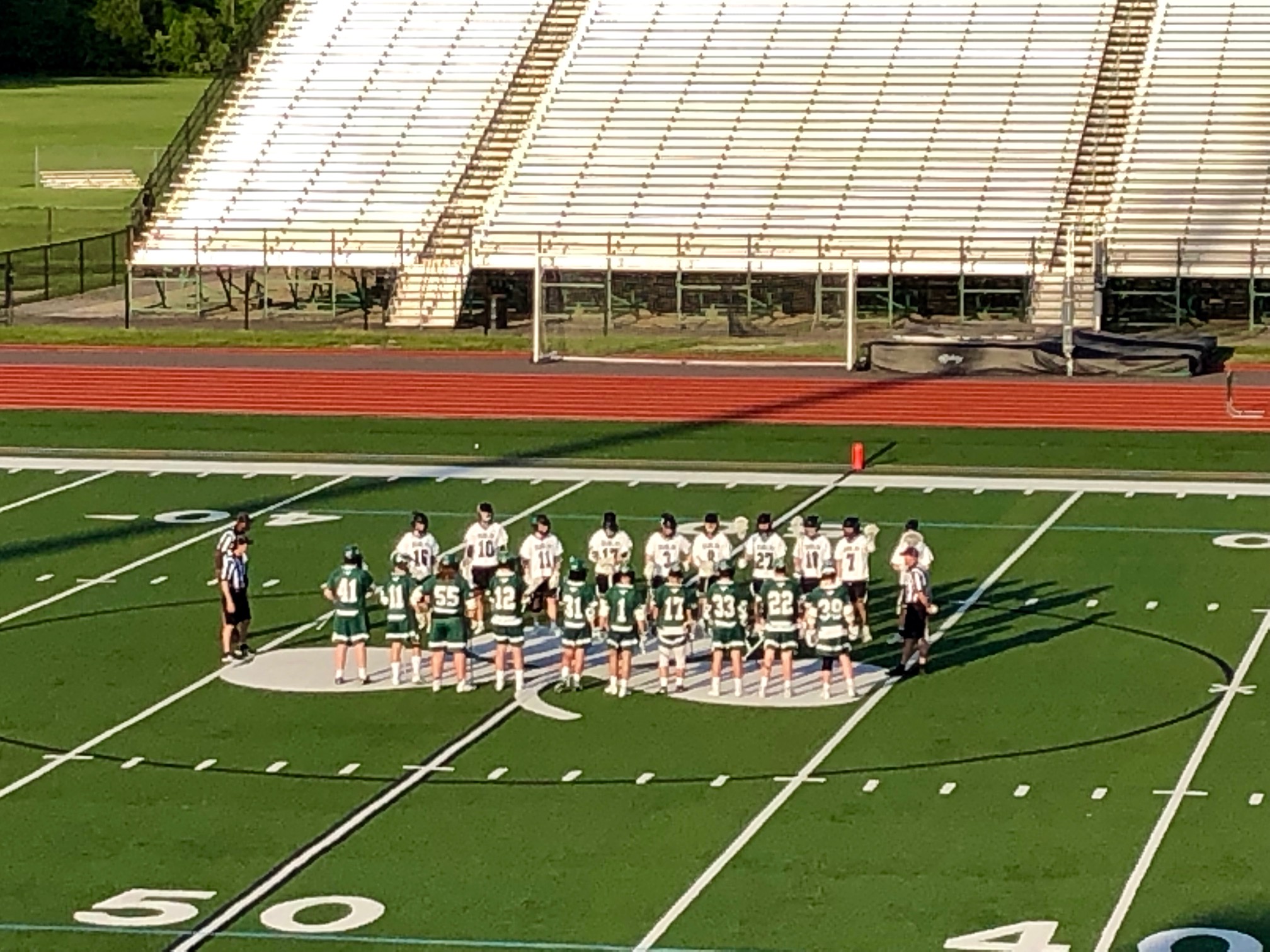 The #8 seed Strongsville Mustangs (12-6) traveled to play #1 seed Dublin Coffman Shamrocks (18-1) for the OHSAA regional quarter final match-up. The Shamrocks are a storied program. Since 1989 they have been to the Division 1 regional final game seven times; 2001-03, 2016-18, and are one of the favorites to win the 2019 OHSAA state title. This was the first time the Mustangs have faced the Shamrocks. Make no mistake about it, the Mustangs were a heavy underdog in this game.

The Mustangs starting line-up of Nick Adams, Jony Major,, Zach Massa, Richie Roskoph, Adam Dubsky, Ethan Dewes, Cooper Hawk, Ryan Seefeldt, Patrick Grealis, and Ben Giera took the field. Unfortunately, for the Mustangs, the Shamrocks grabbed the opening faceoff ground ball and scored in the first 10 seconds of the game. The Mustangs tried to adjust but the Shamrocks had too much firepower. 10 different Dublin Coffman players scored goals in the contest; final score 2-22.

This lopsided playoff loss would not define the season for this 2019 Strongsville Mustang squad. These Mustangs have been chasing history and they raised the bar to the next level. They earned a first round home playoff game and secured a playoff victory in front of a packed Pat Catan stadium. Both of these accomplishments were firsts for the Varsity program.

Since 2011, there have been five Mustang lacrosse teams to finish the season with at least 10 wins. Is the 2019 team one of the best of all time? Certainly, this group of kids has given the Mustang lacrosse fans something to debate.