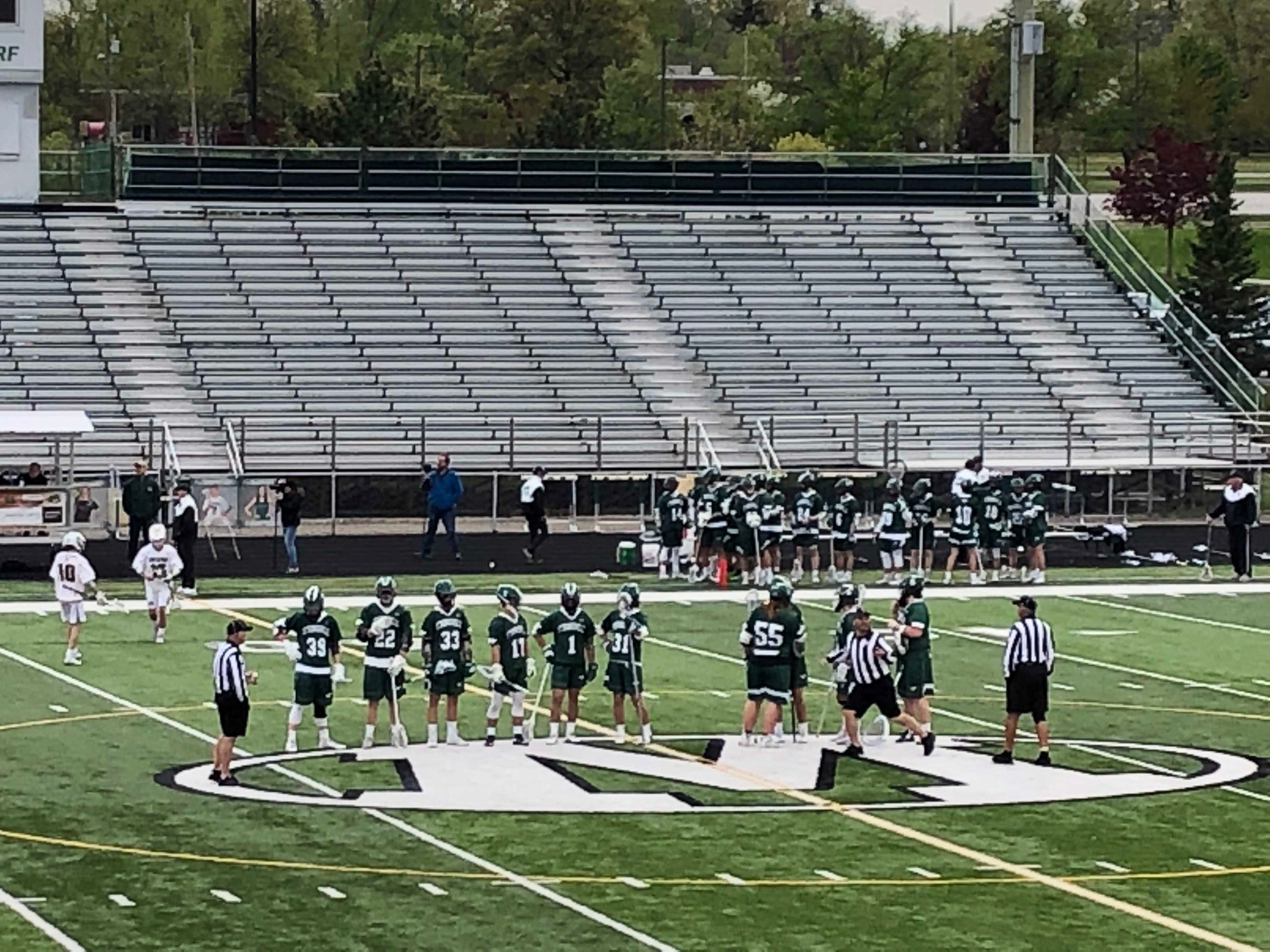 The Strongsville Mustangs (11-5) travelled South to face the Medina Battling Bees (11-3) on Tuesday night for their final GCC game of the season. The Mustangs scored first, a trend they’ve seen throughout this season when Nick Adams whipped a whistler past the Medina goalie at the 10:15 mark in the first quarter. The Battling Bees answered quickly scoring at the 8:33 mark. 24 seconds later, Nick Adams found Zach Massa and he dropped in another goal to make it 2-1 with just over 8 minutes remaining in the first quarter. The first four minutes of this contest felt like a heavy-weight boxing match. Every faceoff was a battle. Every ground-ball was a fight. And every score came with a surge of emotion. Before the Mustangs knew what hit them, they were down 2-5 at the end of the first quarter. The score and the emotion swung to favor Medina.

Unfortunately for the Mustangs, the Battling Bees took control of the transition game and found ways to create and capitalize on odd-man advantages. Medina out-shot Strongsville 32-29, had 7 fewer turnovers, saved 55%, and assisted on half of their goals scored. Add this to Medina’s strong Attack line and it was just too much for Strongsville to handle. Strongsville lost 9-14 and moves to 1-8 all-time versus Medina.

The Strongsville Mustangs will host their first ever Varsity lacrosse home playoff game at Pat Catan Stadium vs Olmsted Falls Bulldogs on Tuesday, May 14th. The Mustangs beat the Bulldogs 9-5 earlier this year.

MUSTANG MUSINGS…
• 11 – wins tie the most for the Strongsville Varsity program since 2017.
• 9 – most goals scored vs Medina since the 2014 Mustangs beat the Battling Bees 14-13.
• 0/3 – Medina’s Extra Man Opportunity offense failed to score. The Mustangs Defense holds opponents EMO to 29% on the year.